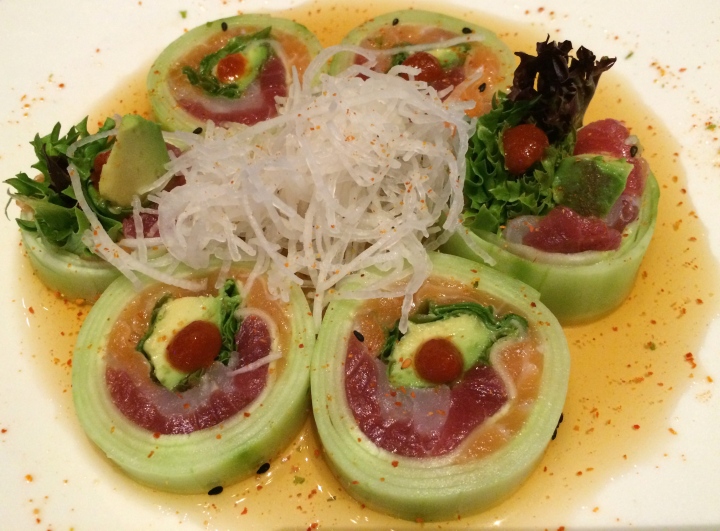 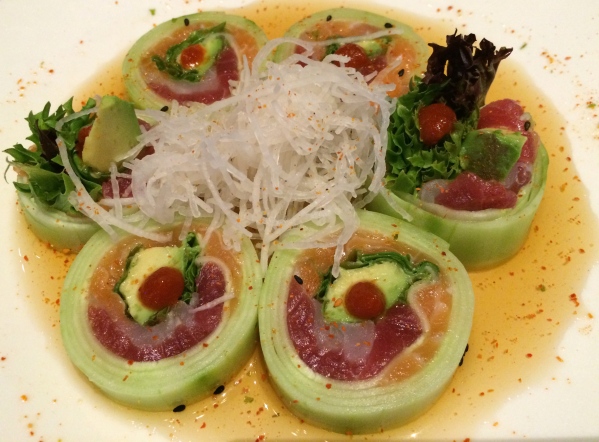 Many Miamians (myself included) may not think of the Doral area as a culinary destination in Miami but recently the area has seen a few new restaurants open.  For example, Kona Grill, according to our hostess that night has been open about 8-9 months, in Dolphin Mall’s revamped restaurant plaza.  I actually haven’t been to Dolphin Mall in a very long time (honeslty can’t even remember!) and as I was walking towards the restaurant I was really surprised at how much has changed.

I was graciously invited to try their Sushi Menu last Thursday night.  Kona Grill is a chain with about 30 locations throughout the United States.  Its concept is a mix of modern American cuisine and sushi and they have a menu dedicated to each.  Upon entering Kona Grill I was greeted by their friendly hostess who set up our table near the sushi bar.  The restaurant itself is a big space, including a full bar, outdoor terrace, and a large fish tank at the entrance.  Everything is sleek, modern, and what you would expect from an upscale American eatery. 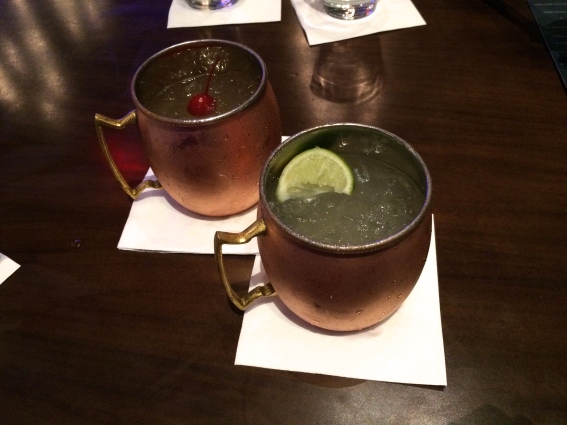 Arthur, our waiter, was extremely polite and helpful throughout the evening.  He really went out of his way to make our evening very enjoyable.  The restaurant boasts a large bar and as such plenty of cocktail choices.  We definitely leaned on Arthur’s expertise for cocktail suggestions and ended up trying their mules.  We went with their Kentucky Mule (with Jim Bean Bourbon) and Moscow Mule (with Tito’s Vodka).  I personally found the Moscow Mule more refreshing and lighter than the Kentucky Mule.

Their Sushi menu consists of traditional rolls, sashimi, their signature rolls, and a lifestyle menu consisting of rolls under 230 calories. 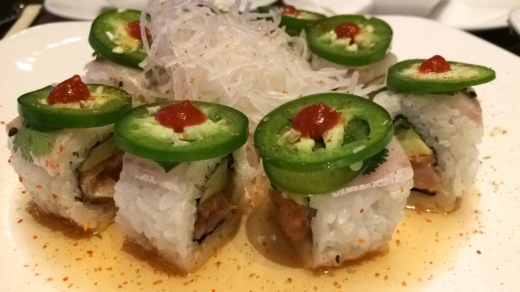 The Picasso Roll was a good combination of flavors and textures.  It had spicy yellowtail, avocado, yellowtail, jalapeno, cilantro, togarashi, sriracha, and yuzu ponzu.  The jalapeno actually wasn’t overpowering and added a spicy crunch to each bite.

The Salmon & Tuna Naruto roll from the lifestyle menu was one of my favorites of the night.  It was very refreshing – with tuna, yellowtail, salmon, spring mix, avocado, cucumber wrapper, yuzu ponzu, togarashi, and sriracha.  I would highly recommend this roll if you want something light and fresh to start with. 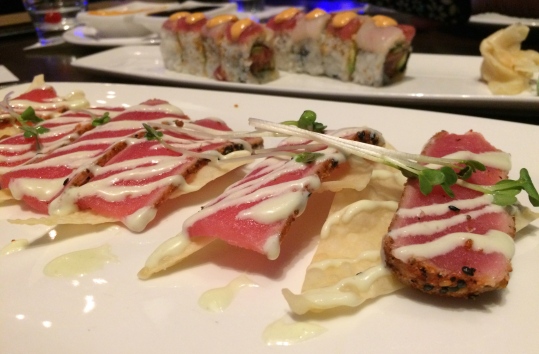 Our meal started fresh and light and so we definitely wanted to try more.  Unfortunately, the next two items would have to be a pass for me.  The Tuna Wonton Crisps with wasabi aioli were not what I was expecting especially from the restaurant’s recommended favorites.  Although the slices of tuna were fresh, they were dressed with an aioli sauce that personally tasted more like plain mayonnaise.  The eggy-flavor of the aioli took over the tuna and was definitely not a good pairing.  The crisps as well did more detriment to the dish instead of complementing it as they were on the stale side.

The next item up was the Checkerboard roll.  This roll had an eclectic mix of flavors.  Although the ingredients- habanero tuna, avocado, asparagus, tuna, yellowtail, spicy motoyaki sauce seemed like a good mix of crunchy, spicy, and creamy with the avocado, it wasn’t what we were hoping for.  The roll had a smoky flavor that may have been from the habanero tuna mix.  Again, we could definitely appreciate the freshness and quality of the ingredients on their own but the mix of flavors in this particular roll were really off-putting.  We explained our concerns to the waiter and he was so kind to listen and take note.

I personally love dishes like sashimi and carpaccio where you can really appreciate simple ingredients and the quality of the fish.  The jalapeno yellowtail sashimi was great! So fresh and light and with a bite to it courtesy of the jalapeno.  The cilantro probably wasn’t necessary but the yuzu ponzu dressing was a perfect accompaniment due to its light sweetness. 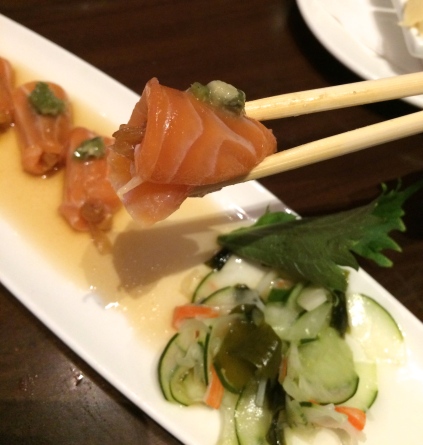 The salmon wasabi sashimi was a top contender of the night and a must have from their menu.  More so for the fact that it had fresh wasabi root which I had never had before.  Inside each salmon roll was pickled onion and on the side a nice lightly dressed cucumber salad.

We finished our meal on a sweet note with one of their made-in-house desserts; the Passion fruit creme brulee.  I really liked the consistency of the crackly surface, just the right amount of caramelization.  The cream was pretty light but the raspberries served as a great complement.

Overall, the service was amazing and we had a very enjoyable time. We appreciated the quality-driven ingredients and freshness of their fish.  Below is a recap of my “must haves” and “pass-ons.”

Must haves (in order of preference):

Disclaimer: You Had Me At Food was invited to try the sushi menu at Kona Grill. 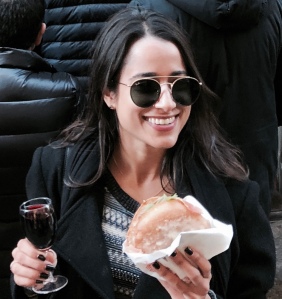 HAUTE HOP
You Had Me At Food

fortheloveofthesouth.wordpress.com/
Manger
Behind the Food Carts

A blog. About beer.

joythebaker.com
The Year In Food